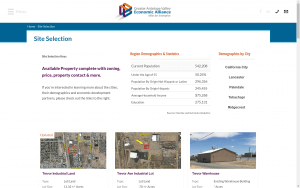 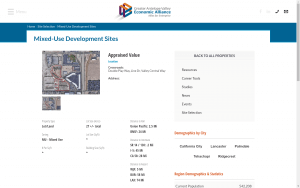 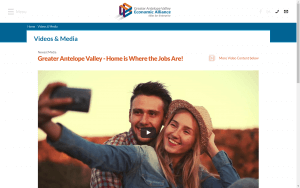 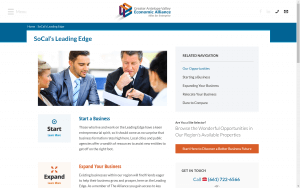 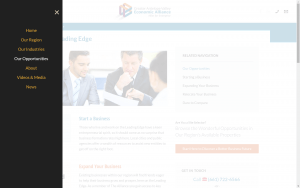 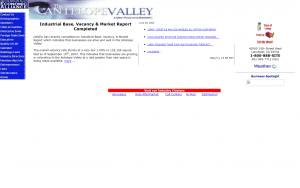 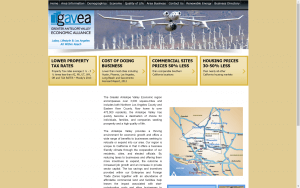 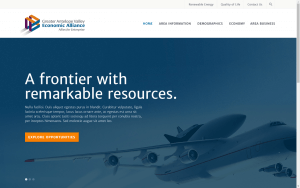 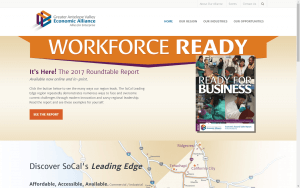 Also known as Southern California’s Leading Edge (hence socalleadingedge.org domain), this dedicated group of municipal economic development directors have come together for the benefit of regional development. “A rising tide raises all boats,” is a fitting sentiment for what’s being done at the core of this organization.

There is a lot to be excited about in the Antelope Valley region of Southern California. When compared to other regions of CA in categories like Facility Cost, Room to Grow, Housing Cost, Cost of Living, Labor Cost, Available Workers, etc… the gem of a region just north of Los Angeles is head and shoulders more attractive across the board. Paired with wonderful Economic Development professionals throughout the region, it’s no wonder why businesses are relocating there.

1999 – Early 2013 – The website for Greater Antelope Valley Economic Alliance (found at aveconomy.org at the time) went through a number of iterations. Small sprints of updates and design changes in an attempt to better communicate purpose and regional support. If you remember 1999 websites, Pre-Y2k scare, transparent spacer gifs and table based layouts, you can imagine what things looked like.

Fast forward to Summer 2013 – The administrative staff were in a bit of a information/intellectual property tug-o-war with a former consultant. Pixsym was contacted as a referral to see if we could mediate and help GAVEA retain as much as possible of what was theirs, knowing they’d get very little assistance from their former consultant. Part of the problem was, his entire operation was in an old Macromedia version of Cold Fusion AND very limited access was given to the various databases he warehoused the contact data in. 3 different databases, about a month of back and forth, and an obstacle course of steps rebuilding from old database archives, we were able to get contact lists to a rough estimate of 90%.

Late 2013, Early 2014 – After being Johnny on the spot and getting the most crucial of data from the ‘business directory’ databases, we started redesign discussions for what the website could be in the short-term and also some brainstorming for the dream website of the future.